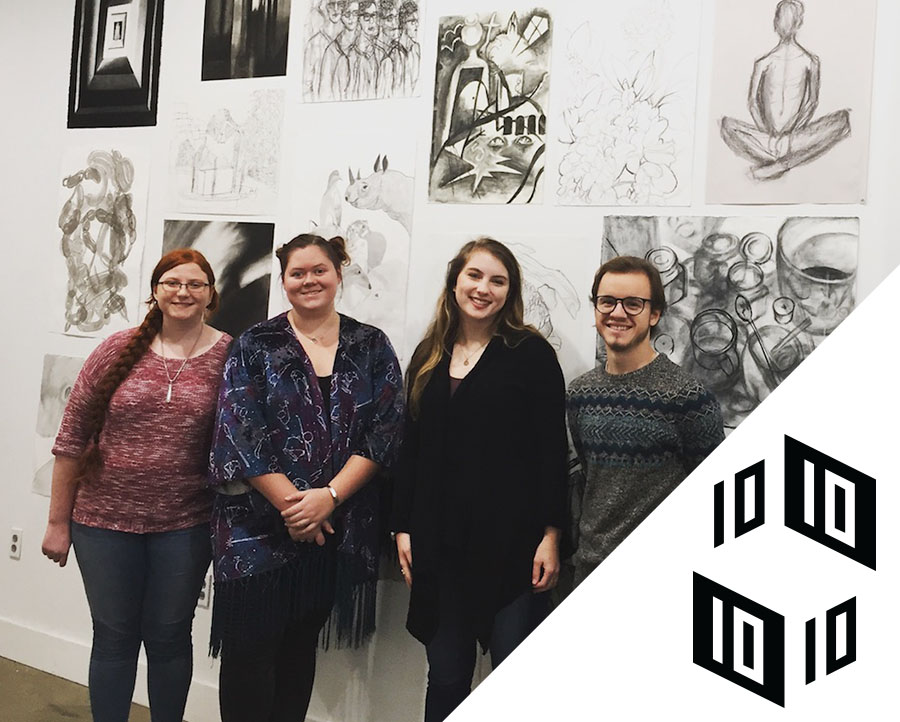 WHAT DO YOU MEAN BY ARTIST STATEMENT?

from Getting Your Sh*T Together: Professional Practices for Artists

What Is an Artist’s Statement?

What an Artist’s Statement is NOT:

Why Write an Artist’s Statement?

How Should I Write It?

Where Should It Go?

WHAT IS AN EXHIBITION DESCRIPTION?

Distinct from your Artist Statement, your Exhibition Description is a rough description of what you plan to exhibit in the gallery. Your proposal for an exhibition could range from a collection of the best from a series of work, or your recent experiments in a new material or idea. Explain your plan in clear and direct language. Not everyone makes similar work or knows what your work is like, so describe your plan as you imagine it to exist, and to someone who doesn’t know you.

Consider: What do you imagine your show looks like upon first walking in? What do we see? Is it an exhibit of drawings in frames on the wall? Are you installing ceramic vessels on pedestals? Video projection on the wall? An installation of folded paper in one corner of the room? Sixty televisions playing Adam Sandler films? Three performers reading from an installation of stacked telephone books? etc. WHAT IS IT??

Here is a made-up example of the beginning of an Exhibition Description:

“I have been making these colored pencil drawings all year, and now am thinking about how the marks I am making translate onto the structure and glazing of ceramic forms. I have started a few and am excited by the direction they are headed toward. I hope to have around twenty of them by next fall and would like to show them along with the drawings that they were inspired by. I have submitted 10 images of the drawings, and 2 of the recent ceramic forms as an example of what they will ideally resemble.”

It is not necessary to know the exact details of everything in a future project, but instead a rough but thoughtful plan of what you have in mind in terms of interests, research, and materials. OF COURSE, the exact details are likely to change as your work progresses and your show date approaches, but what is important is that the central idea stays similar to the original plan, and that your proposal seems possible, plausible, and reasonable to the selection committee. A well-drafted Exhibition Description will also have a logical connection to your Artist Statement. OF COURSE, we do not expect all of the work to be completed already, so if your images and description do not exactly correspond, include a note to explain. “This earlier work contains similar ideas or materials, and is submitted as an example of my work ethic or direction”, etc.

My intended exhibit is a 4-minute video installation entitled “RIDE OR DIE.” This piece utilizes manipulated found footage from the Fast & Furious films, one of the most enduring and ever-popular of modern American movie franchises. The Fast & Furious films have fascinated me for years; the first entry in the series was made before 9/11, and the entire franchise seem to exist in an alternate timeline in which the events of that day never happened and the multiracial rave of the 1990s never ended. These films are predicated on a tension between reality and fantasy, between the infinite bodies of action stars and the expendability of the machines they operate. The tension between these two modes turned tragic on November 30, 2013, when Paul Walker passed away in a car accident. Despite the durability of his on-screen persona, Paul Walker’s death proved that his real body was all too mortal.

“RIDE OR DIE” opens with a selection from Dziga Vertov’s “WE: Variant of a Manifesto,” published in 1919, which praises the dependability of machines and proclaims that man is an unsuitable subject for film due to his inability to control his own actions and movements. The piece then uses six video panels to chronicle the on-screen relationship between Dominic Toretto (Vin Diesel) and Brian O’Connor (Paul Walker) as the two men race each other and rescue one another over and over again on a last ride that, thanks to cinema, can extend into infinity. As Dominic continues to age and live on, Brian progressively fades until the details of the footage in his panels are almost impossible to make out. This fictional friendship is pulled back to reality by the appropriation of Vin Diesel’s homemade cover of the Rihanna song “Stay,” which functions within the piece as a form of narration. We are reminded that, despite our ability to replay and re-watch movies, our own memories are forever fading out. Vin and Dom both sing to their fallen friend, who exists within movies but is no longer with us in reality. The footage and music loop continuously as the audience follows along, reliving cinematic memories while confronting their own perceptions of celebrity death and reckoning with the false invincibility of action heroes. Screenshots from the film will accompany the projection on the surrounding walls.

My Strange Things exhibition will include a combination of figurative clay sculptures and paintings. Clay sculptures will be exhibited in the middle of the gallery, and paintings will be hanging on both walls surrounding the sculptures. Because the paintings are much larger than the clay figures, I hope to create a strange environment that will let the audience sympathize with the clay figures while they share the same space. There will be approximately 8 paintings and 2-3 clay pieces, and most of the artworks for the show will be mixed media. One of my clay pieces, “It was just a passing shower,” is composed of nearly 300 individual figures, and is glazed with various colors in order to show a wide range of personalities. Most of my paintings, on the other hand, are in acrylic in a brighter color palette. Overall, I imagine an engaging space that combines 3-dimensional and 2-dimensional work.

HOW MANY AND WHAT FORMAT OF IMAGES DO I USE TO APPLY?

For the Artwork Samples please create a Google Slides presentation that is DOWNLOADED as a multi-page PDF. These images are meant to represent the work that would be exhibited. We understand that the work for the exhibition may not be made yet, but we would like to get an idea of each artist’s current practice. Please label this pdf as: LastName_FirstName_Images.pdf. Please upload this single PDF with a maximum file size of 1GB that contains the following: your name and the exhibition title on the first slide, EXACTLY 10 digital images of your work that are clearly labeled on each slide with the following information: title (in italics), date of completion, medium, and dimensions (a link to view time based work may follow this). For group or curatorial shows please provide at least 1 image per artist. All digital images must be in jpg format, 72dpi and sized 1200 pixels on the longest side. For time based work please include a still image on the slide and add the video or audio file as a link alongside the label information. (This requires that all time based work is uploaded to Vimeo or Youtube prior to submission.) The committee will only view the first two minutes of any time based work. Submitting excerpts of longer works is recommended. 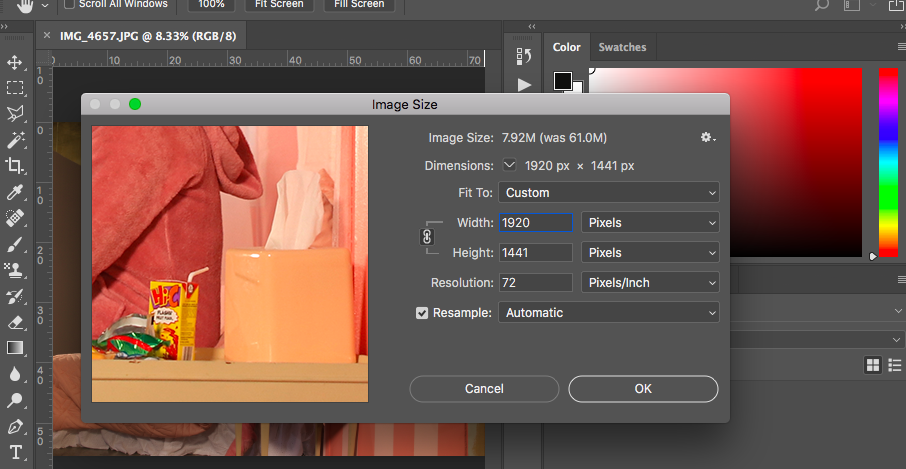 HOW DO I RESIZE IMAGES?

WHAT ALL DO I NEED TO DO TO HAVE A SHOW?

You will be responsible for all aspects of your show, we’re here for support and advice, but again we’re getting you ready for the real thing.  It’s good to start preparing yourself for the work ahead. Exhibitors are responsible for the following:

HOW DO I MAKE PROMOTIONAL MATERIALS?

Exhibitors must submit a digital postcard of their show using the gallery 1010's provided template at least 2 weeks in advance of their show. You must use the gallery's template to make your promotional image, see above to download template and instructions. This will be used for the gallery and the School of Art to promote your show.

HOW DO I PROMOTE MY SHOW?

Each artist/exhibitor is required to promote her/his exhibition at least two weeks in advance. This helps to bolster the online presence of the gallery and to ensure that the space retains a vibrant presence in the Knoxville community.

Promotion must include (but is not limited to) registering your show on the following platforms:

–Printed Posters and/or postcards (can be printed at Ucopy in the Student Union, online at VistaPrint, or a printing center of your choice).

WHAT IS THE FLOOR PLAN OF THE GALLERY?

WHAT MATERIALS ARE AVAILABLE AT THE GALLERY?

All gallery-owned equipment must remain in the gallery.

If we are missing or running low on something, please email the gallery at

Notes about the space:

HOW DO I CREATE AN EXHIBITION MAP?

Use this illustrator template to create a map for your visitors to best find out details about your artwork.

HOW DO I MAKE VINYL LETTERING?

All exhibitors are required to install vinyl lettering on the wall of the space during their exhibition. The lettering must contain at least the exhibitors name(s) and show title, but could have more (i.e. curatorial statement).

We recommend you use the School of Art 3D Makerspace in the Art and Architecture Building Room 450 to print your file on vinyl yourself. Make sure you schedule an appointment in the 3DMakerspace at least 2 weeks in advance of your show. 3D Makerspace.

Alternatively, you can order vinyl from Allen Sign. Please note they require a week of lead time, and will be more expensive. Past exhibitors have paid $20-$30 for their vinyl signs. Illustrator files can be emailed to sales@allensign.com

Every Exhibitor is required to submit at least 5 images of the documentation of their show. You may submit up to 10. The images may be of the installation and/or during the reception. They must be no larger than 1200pixels on their longest side, and must be 72dpi, formatted as .jpg or .png files. These will be used by the gallery and the School of Art to keep an archive of all the shows that have happened at the gallery. Additionally please list all of the artists who exhibited and provide links to their websites, although this is optional.

The flagship campus of the University of Tennessee System and partner in the Tennessee Transfer Pathway.